Here is the Comparison against Ramses:

Initially this was the power spectrum comparison: 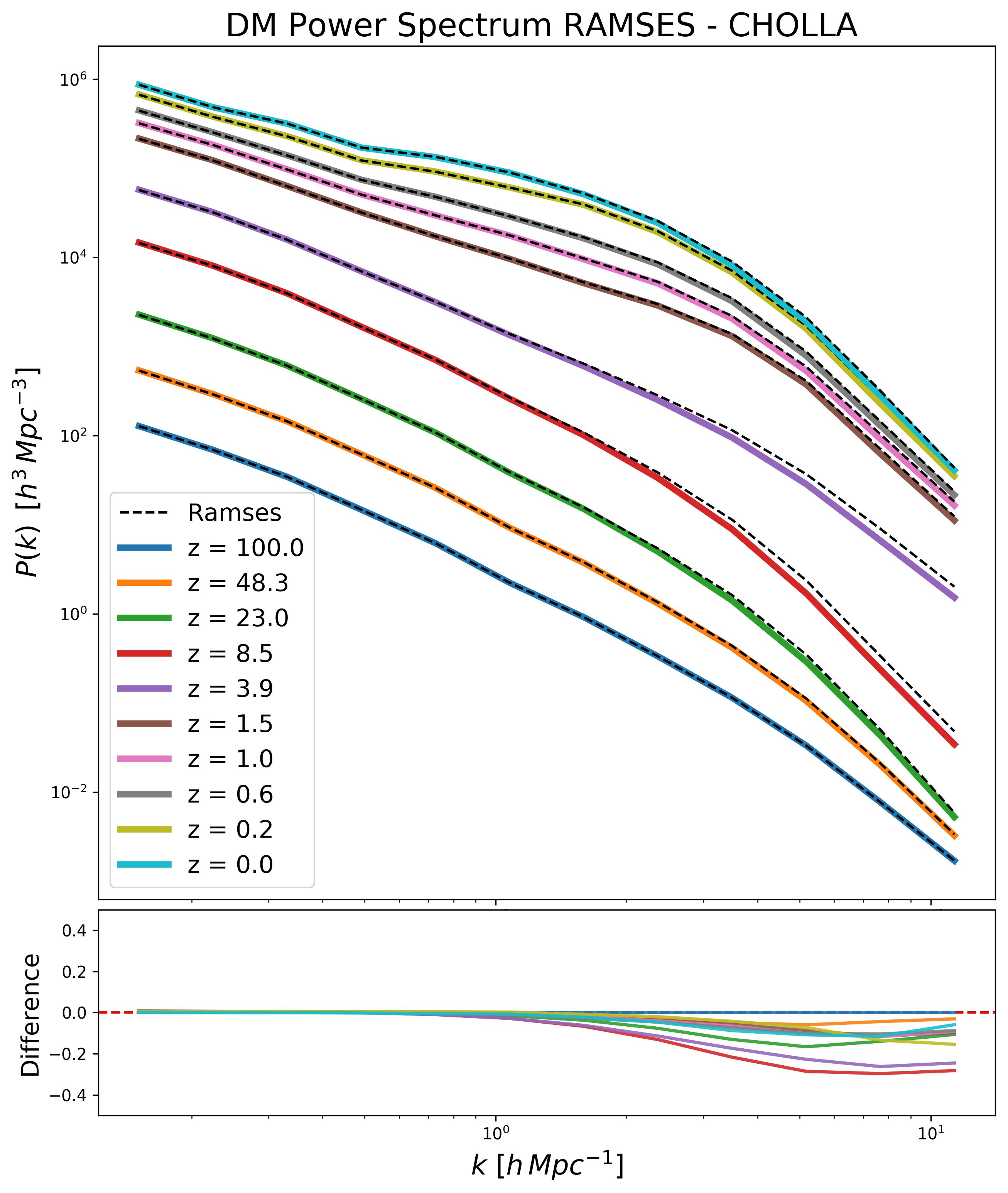 Surprisingly RAMSES has ~30% more power then Cholla on small scales. For reference, Cholla has ~25% more power than Enzo on similar scales.

On the Ramses paper they say: Using the potential, the acceleration is computed on the mesh using the 5-points finite difference approximation of the gradient.

I changed the way the gravitational field is computed from the potential, originally I was using 3 point finite differences for the derivatives for the gradient :

I changed for the 5 point finite differences:

Now the results are much better: 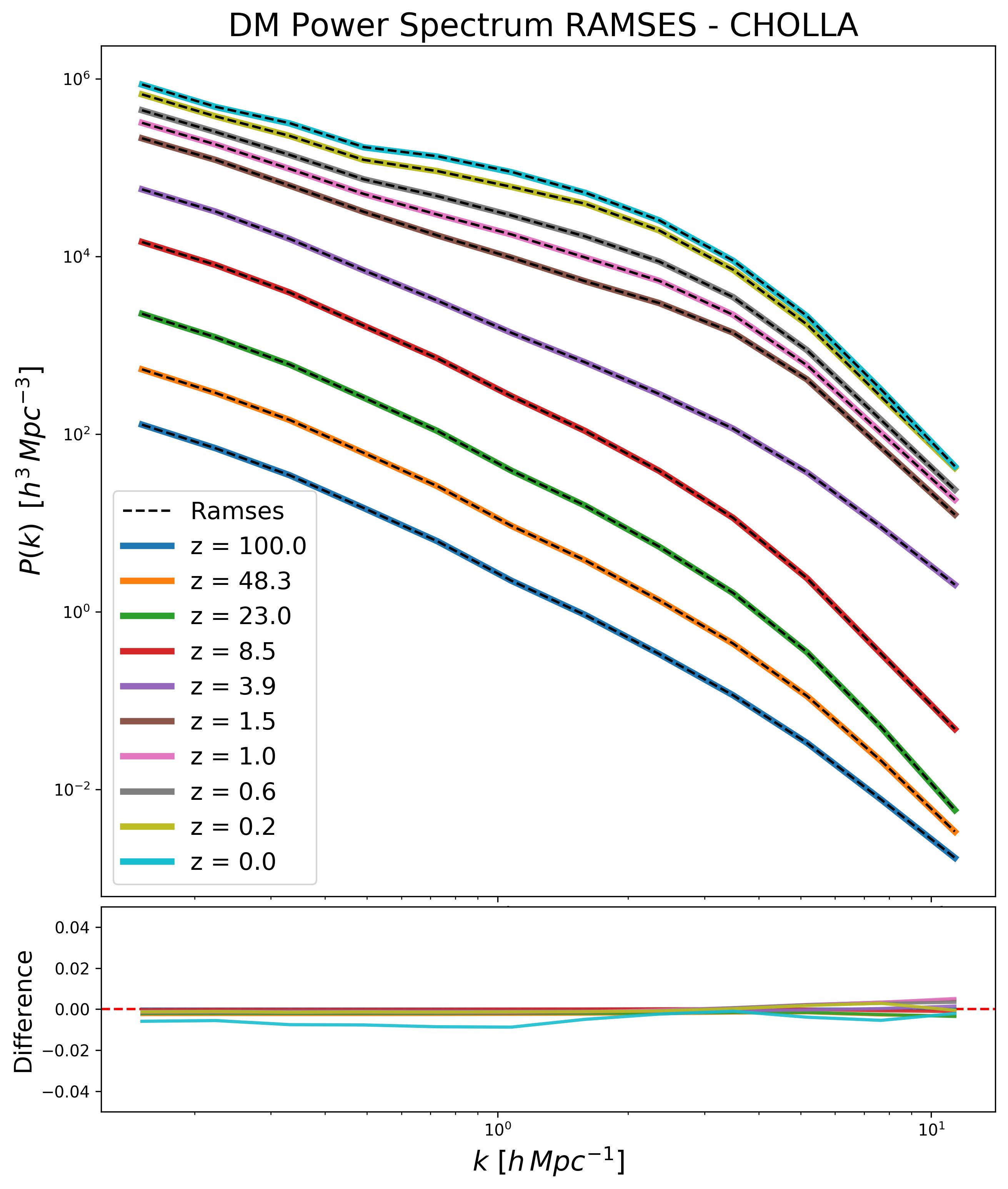 I still have the temperature issue in Ramses: 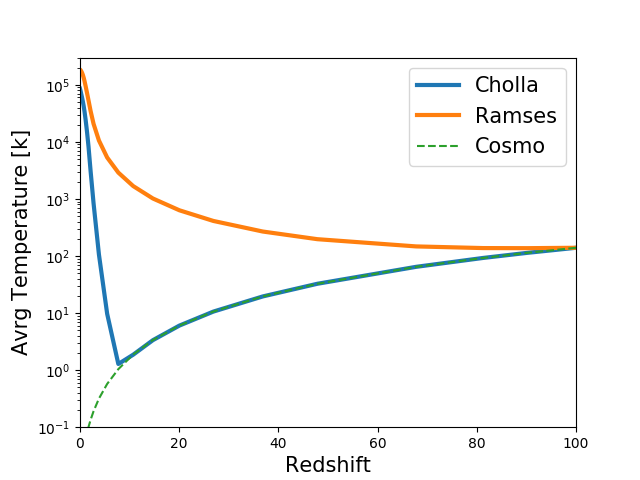