Accidentally I was using Lepfrog for the particles update, now using Kick-Drift-Kick ( same as Nyx ) the max differences are 0.3% 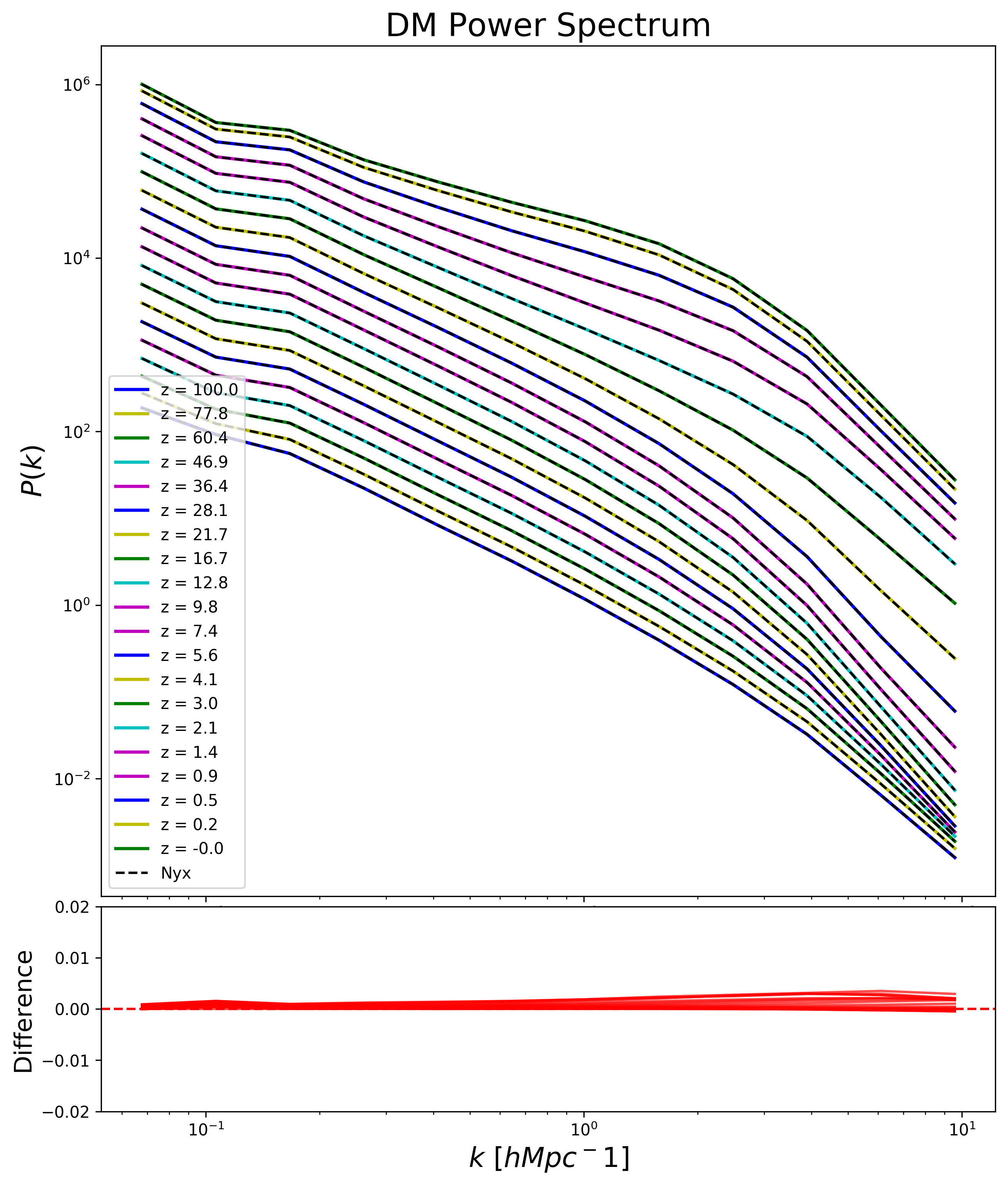 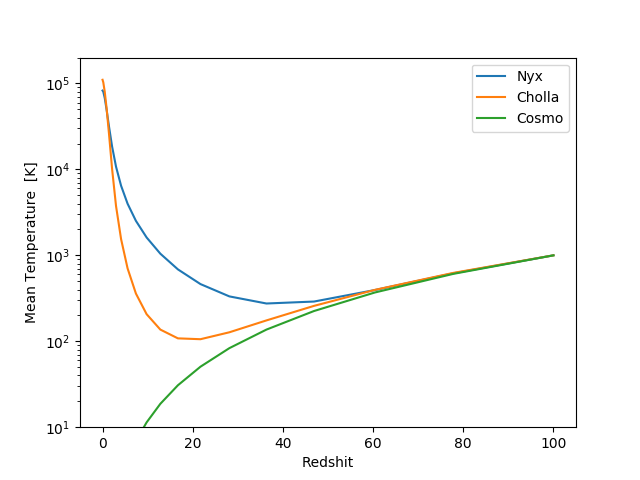 Here is a plot of the thermal history for both codes, on the top of the figure you can see the redshift and the corresponding average Temperature 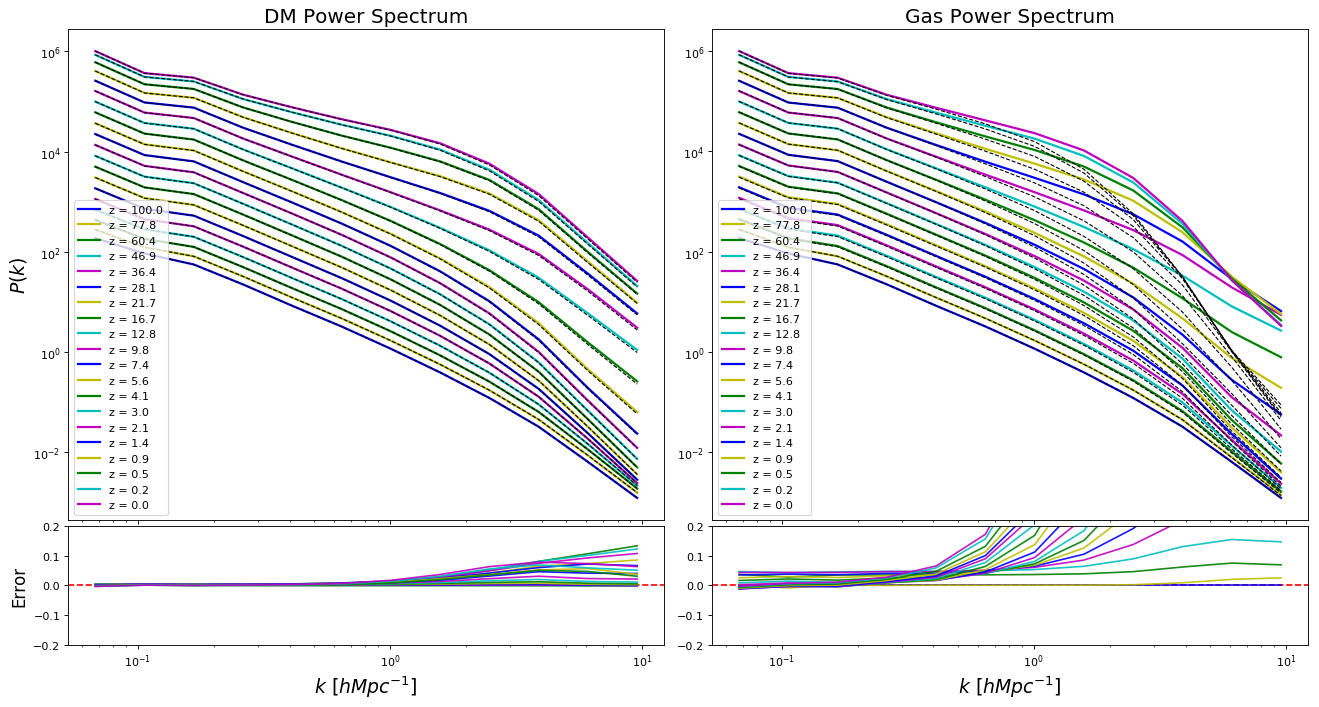 As a reference here are the latest results from comparing to Enzo: 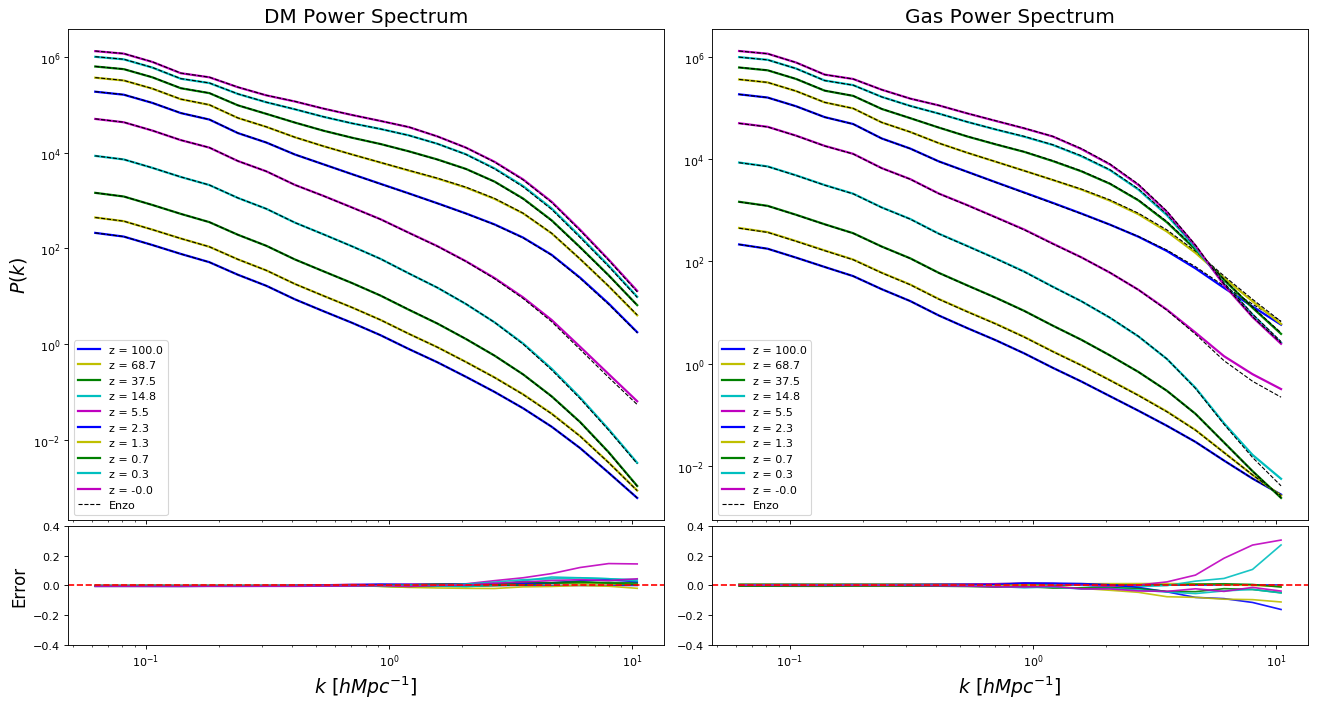